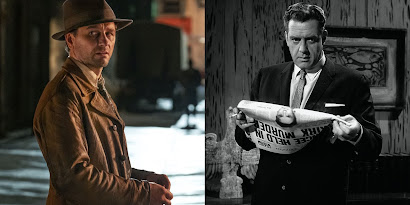 Have you seen the new series on HBO, Perry Mason?  Yes, it's a re-boot of the classic 1950's original, but it's so much more than that.  Critically acclaimed as "some of the best television ever produced," it's powerful in a variety of ways:  incredible character development, beautiful/gritty representation of 1950's Los Angeles, and the ever-present trial portrayals by some of the best actors in Hollywood.  My wife and I were glued to the screen each Sunday as each episode unfolded.  After the eighth and final episode of the season (I hope they make another season), I couldn't get the character of Perry Mason out of my mind.  The actor, Matthew Rhys, portrays the private detective turned attorney in an unusual way:  dysfunctional, curious, lonely, and a bit pathetic.  The combination is electric as viewers follow each clue along a perilous plot-line.  Mason's behavior reminds me of great salespeople.

In many ways, in order to be a successful salesperson, you must "work a case," hunt down clues, verify alibis, get your hands dirty.  You've basically got a bunch of stakeholders in any sales opportunity that (for the most part) don't want you "sneaking around, learning too much information about their motives."  Unfortunately for us, this is exactly what it needed to really qualify a deal.  If you've read any of my previous blog entries, you'll know that I feel pretty strong about the concept of "Information = Opportunity."  In other words, the more you know about the stakeholders and the company, the better you'll understand whether what you're selling can have an impact on them.  The more positive impact you have, the more likely you can make a strong sales argument.  How do you get that information?  Ask for it?  Sure.  That only gets you so far.  If Perry Mason took everyone at their word, he'd never get to the bottom of a case.  In any investigation, you're going to find stakeholders who just don't feel like providing you the information you really need.  If you're going to make a strong argument to the "jury," you're going to need evidence, and sometimes that means hiding behind a garbage can, or following the suspicious car moving slowly across Ventura Boulevard.

I tried to go back and watch the old black and white Perry Mason TV show, with Raymond Burr.  Sadly, it didn't stand up to the times.  The witnesses always confessed on the stand, and Perry rarely got into a gun-fight or was passed out drunk like the new show!  I wonder if the remake of Perry Mason 50-years from now will frown upon HBO's version?
Get your badge and your gun (or your iPad and Apple Pencil) and go find the clues.
Happy Selling!

Posted by adam@aboutsalespeople.com at Thursday, August 13, 2020