How Does "Consumerization of IT" Really Work? 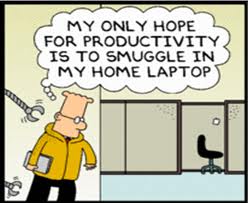 If you're in sales, and you sell anything that has to do with technology, you've seen this phrase before.  For some of us, we think about the massive influx of personal electronic devices being introduced into the work-place.  Consumerization of IT is more than this.  In this blog, I'll try to explain what's going on in a few easy steps:


Welcome to the Post-Consumerization of IT era.  It will be an interesting ride.

Posted by adam@aboutsalespeople.com at Thursday, June 20, 2013