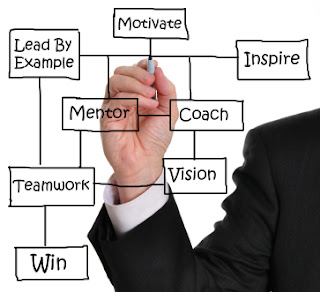 We all know them.  They're in every industry.  They're men and women.  They're people we see and engage with everyday.  These are the stereo-typical Sales Managers who have a similar set of unflattering characteristics:


Sound familiar?  Luckily, I actually have the pleasure of working with a Sales Manager that doesn't exhibit any of these characteristics.  Let's call him Tom (I'm not telling you his real name - forget it).  Tom is busting his ass, every day, to find out what's going on with his team.  He cares about the team.  Tom takes the time to sit down and learn about people that he works with.  He's curious.  He's passionate.  Tom is learning - he's evolving as both a Sales Manager and a human being.  Tom is not perfect - he's just Tom - and he cares.

I learned something today about Tom and I had to stop and think twice about it.  I over-heard Tom giving sales advice to one of his salespeople.  It was something about being consistent with customers and he was using an analogy about raising kids.  At first I thought, "What the hell is Tom talking about? Really?  Kid analogies?"  After a momentary pause, I started thinking about how much this guy cares about his salespeople.  I had a "mental-shift" from casual listening, to careful analysis.  I enlarged the thought process - pondered, reflected.  I started to think about how rare I actually got to hear people who cared enough to put forth the effort for an analogy.  My father used analogies often.  I don't think I realized how powerful and thoughtful the concept of somebody taking the time and thought process to compare a situation to something else so that he could communicate more effectively with me.  It doesn't matter whether it was a home-run or missed-the-target.  It matter that he's working it.  This is powerful stuff.

I appreciate leaders who care and try to do their best each day.  Those few people who want to be a better person today, so they can grow intellectually and emotionally.  I think about how rare these people are.  Most of us in sales give-in to the concept that Sales Managers are administrators, obstacle-removers.  We succumb to cycle of "minimum requirements" and "middle management."  It doesn't have to be that way.  I have two take-away points:
Happy Selling.

Posted by adam@aboutsalespeople.com at Thursday, May 24, 2012