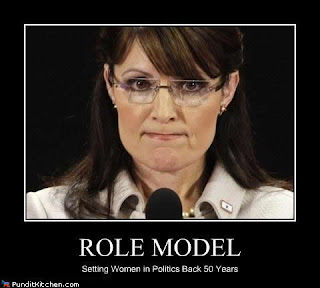 I just finished listening to Sarah Palin's nationally televised, seven-minute response to the recent politically-charged murders in Tucson, Arizona.  I'll go on record to note that I'm relatively a-political.  I believe in our Constitution, and ability of our country to self-govern (and self-correct).  However, I feel somewhat compelled to use this blog as a sounding board for what I believe to be an unbelievable challenge for the U.S.  What does this have to do with salespeople?  Well, I'll admit, not much; however, there are few careers that represent the sheer numbers and ability to communicate with people like salespeople.  We're out and about, talking with other people, and our influence should not be trifled with.  As a profession, let's not sit back and ignore the events that have transpired.  Here's a perfect storm:

An isolated gunman goes on a shooting spree in Tucson, killing people at a grocery store, and we're faced with a puzzle.  Why is Sarah Palin calling a press conference to combat a frenzy of accusations that she's somehow involved?  Do you really need an answer?  Have you watched her nationally syndicated television show?  Have you been asleep since the last presidential election?
We've got a problem.  Lots of them.  Let's turn the ship around.  Let's get the country back on-track.  Talk to people about this.  That's what you do for a living.
Salespeople can change the world.